The 30th edition of the Maraton de Sevilla will be held on February 23, 2014, and the registrations for one of the most valued marathon events in Europe are now officially open. More than 7,000 athletes enjoyed last year the brand new race course passing through all the monuments and the city centre of Seville. Sevilla offers one of the flattest and fastest marathon courses in Europe, good weather in February and is an unique city ready for culture, fun, gastronomy and an experience for life. Athletes will run crossing through all the main monuments and historical streets, finishing at the same athletic track of the Olympic Stadium that hosted the World Championship in 1999.

Maraton de Sevilla is a perfect event for the international athletes (20% of the registered participants last year) linking its huge tradition –30 years, organizing a high quality marathon competition really well rated by the athletes and Spanish Federation, with a brand new race course. It was also one of the top-3 world best rated marathons on rateruns.com last year (http://rateruns.com/?page_id=1182).

It is recommendable to book the entry a few months in advance, last year was sold out son. Early bird inscriptions are still available.

The marathon will take place through the streets around well known monuments such as the Giralda, the third largest Cathedral in the world, La Real Maestranza bullring, Torre del Oro, Plaza de España, Archivo de Indias, Reales Alcazares –Royal Palace and many beautiful and traditional streets in one of the largest historic old city centre in the world. In addition, athletes will pass through the modern side of Sevilla, in La Cartuja (the site of the 1992 World Exposition) and some of the most important and picturesque neighborhoods: Triana, la Macarena...

Modern-day Sevilla is the magnificent result of the accumulation of different cultures over thousands of years. Roman archaeological sites, Arab towers and city walls, a Jewish quarter, Mudejar palaces and Renaissance and Baroque churches and palaces are all prominent features of the historic centre and happily co-exist alongside contemporary and avant-garde areas.
More than 7,000 athletes will be lined up at the startline in La Cartuja to face this unique and special challenge. This is one of the cheapest marathon races worldwide, and the finish line is located at the athletic track of the Olympic Stadium which hosted 1999 IAAF World Championship. This urban, flat, fast and beautiful brand new race course will drive athletes through the most beautiful monuments of the city. Maraton de Sevilla brings the unique opportunity to brake the Personal Best result over the mythical distance to all the athletes, professional or age groupers, in one of the most perfect international marathon circuits.

***MEDIA RESOURCES IN ENGLISH
The XXIX edition of the Seville Marathon 2013 (Andalusia, Spain) showed its oficial promotional video featuring Mary Anne Nixon, an American age grouper runner who is living in Seville and invites worldwide athletes to discover why this special marathon means “much more than running”, one of the official hashtag on Twitter #morethanrunning and #maratonsevilla. http://youtu.be/X7rbE2laWwc
Race course video: http://youtu.be/4CSavwUBbgU
More info and registrations on www.maratondesevilla.es 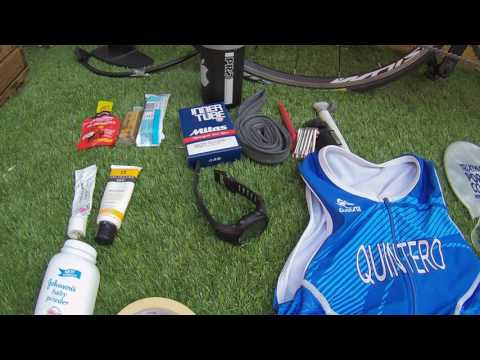